How did 'consideration' shift to signify grounds and the act of deliberation, then inducer of a grant or promise?

The name of Consideration appears only about the beginning of the sixteenth century, and we do not know by what steps it became a settled term of art. The word seems to have gone through the following significations : [1.] first, contemplation in general; [2.] then deliberate decision on a disputed question (hence the old form of judgments in the Common Law Courts, “It is considered”) (e); [3.] then the grounds as well as the act of deliberation; and [4.] lastly, in particular, that which induces a grant or promise.

I understand signification 1, as it's just the ordinary meaning of "consideration"! But 2 feels unintelligibly alien, and 3 and 4 have semantically shifted too much for me to fill in the steps. Kindly find the quote in the scan beneath alongside the red line. 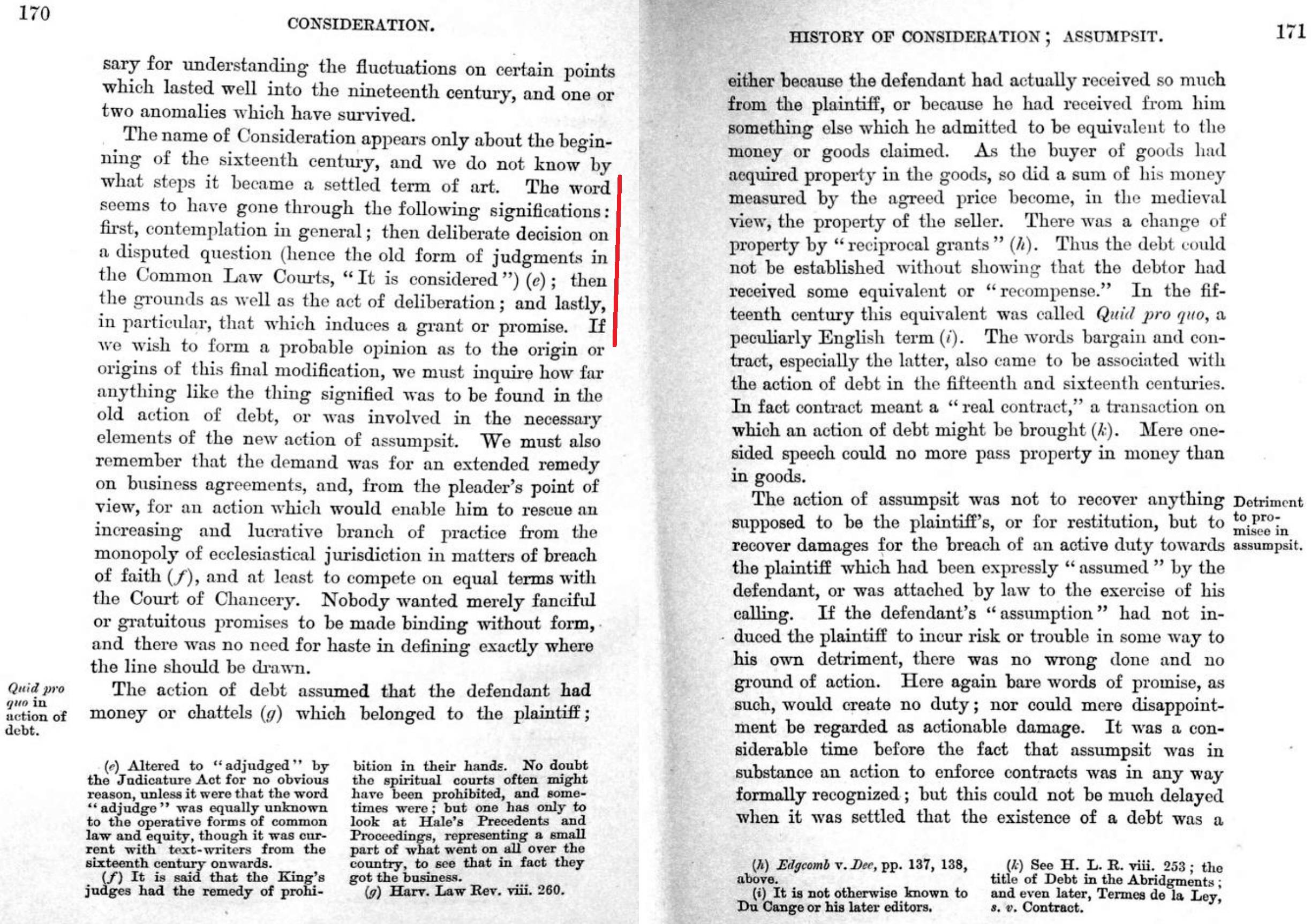 etymology particular-word
posted about 2 years ago
CC BY-SA 4.0
1y ago

It is a sequence of shifts of meaning.

1 to 2 is a metonymy. Some, such as Burke, would even call it a synecdoche, as long as they are ready to consider an "effect" to be a part of its "cause" or vice versa.

2 to 3 is an even clearer case of synecdoche, as long as the decision is understood to include a summary of its grounds.

I think that the "3 to 4" step would have been difficult to decompose further in the quoted text section (as marked in red), because the intermediate meaning ("reciprocal exchange in the past as a cause of a debt") might well be unattested - I mean, the word "consideration" might be pretty thoroughly unused in such a hypothetical meaning. That's why the quoted text continues to explain further.

Jirka Hanika‭
1937 reputation 1 71 186 69
Permalink History
Why does this post require moderator attention?
You might want to add some details to your flag.