How did ‘advise, consult, guess’ semantically shift 🢂 to signify ‘interpret, interpret letters, read’? How do they semantically appertain?

In most western European languages, the word for ‘read’ goes back ultimately to a source which meant literally ‘gather, pick up’: French lire, for instance, which comes from Latin legere (source of English legible and collect), and German lesen. English read, however, is an exception. Its underlying meaning is ‘advise, consider’ (it is related to German raten ‘advise’, and a memory of this original sense lives on in the archaic rede ‘advise’, which is essentially the same word as read, and also in unready ‘ill-advised’, the epithet applied to the Anglo-Saxon king Ethelred II), and the sense ‘read’ developed via ‘interpret’ (preserved in the related riddle).

But English did not follow the trend, and went its own route instead. The English word “read” comes from the Old English rǣda, which meant to advise, counsel, or guess. While these were the principal meanings of the word, the word also picked up several other meanings — such as to read, explain, or learn by reading. In modern English, the original meaning is no longer attached to the word. But in the other Germanic languages, the corresponding word has kept the earlier meanings. In modern Dutch, the word raden means to guess, advise, or counsel. In modern German, the word raten means to advise or guess. And in Swedish, the word råda means to advise, prevail, or counsel.

The sense-transference to "interpret and understand the meaning of written symbols" is said to be unique to English and (perhaps under Old English influence) Old Norse raða. Most languages use a word rooted in the idea of "gather up" as their word for "read" (such as French lire, from Latin legere).

— As is evident from the number of glosses, the Old and Middle English verbs covered a remarkably broad range of meanings. Those senses not having to do with the act of reading are now mostly represented by the spelling rede in Modern English (see rede). Though the sense "interpret" is evident in Old Norse, adaptation of this verb to refer to visual processing of written language is peculiar to Old English (and hence to Modern English); to express this idea other Germanic languages, excepting Gothic, have adapted, either by inheritance or loan, outcomes of the verb *lesan- "to gather, select," presumably as a calque on Latin legere (see legend). PSTH‭
-41 reputation 85 3 -103 169
Permalink History
Why does this post require moderator attention?
You might want to add some details to your flag.
Why should this post be closed?

Score Active
Sign up to answer this question »
Featured
How can we grow this community?
How to deal with language-learning questions?
The Great Migration is underway 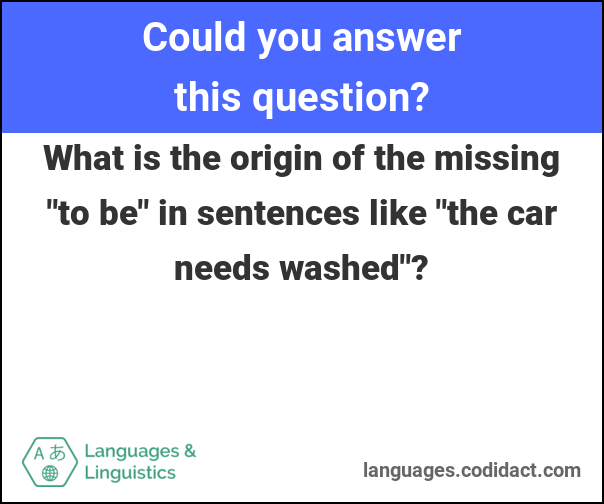